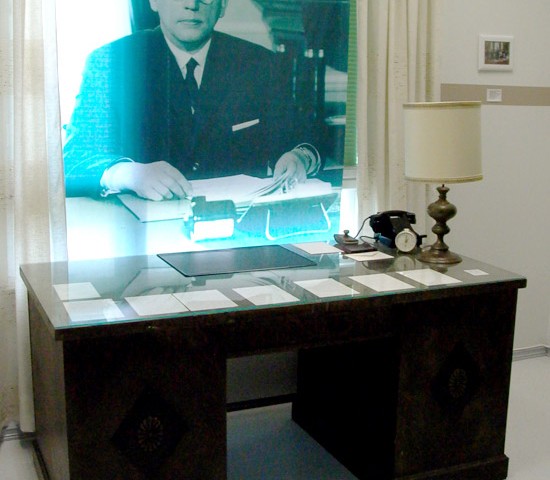 Mr Ahti Karjalainen was one of the most notable post-WW2 era Finnish politicians. Born in 1923 in Kuitula village, Hirvensalmi,  he spent his childhood in Hirvensalmi while moving to grammar school to Mikkeli. After the Winter War broke out 31.11.1939 he volunteered to the war at the age of 16. After being served in both the Finnish Winter War and the Continuation War Mr Karjalainen moved to Helsinki to study political science and finance. During his study period, Ahti Karjalainen was politically active and worked as a publicist for political party Maalaisliitto. Prime Minister Urho Kekkonen (later The President of the Republic of Finland), asked Mr Karjalainen to be his secretary in 1950 and long-term cooperation with Kekkonen begun. Mr. Karjalainen had several cabinet positions from 1957 onwards, such as the cases Minister of Trade and Indusry as well as the Foreign Minister. Mr. Karjalainen was elected to be the Prime Minister of Finland for the periods of 1962-1963 and 1970-1971. Year 1981 he was selected as a Presidential Candidate for the Centre party, but lost the "battle of two doctors" to Mr. Johannes Virolainen.