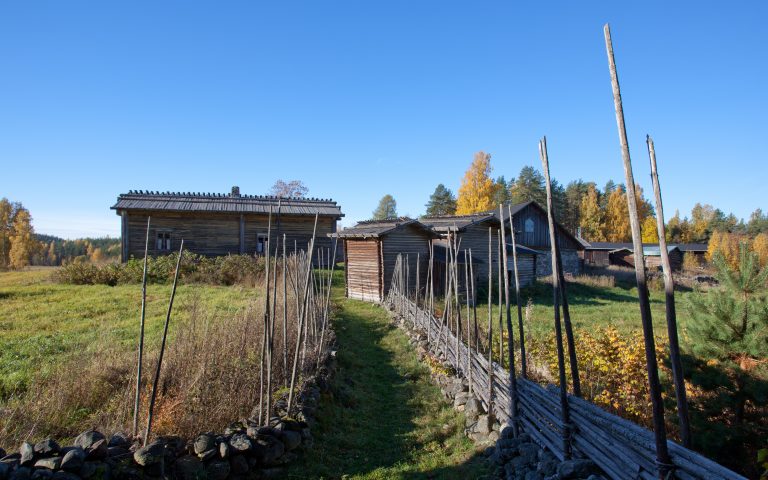 The Pien-Toijola Open-Air Museum in Ristiina is a nationally significant rural cultural environment. It is located in the village of Toijola, approximately 20 km from downtown Ristiina, and 40 km from Mikkeli towards Puumala. The museum grounds have a total of 28 buildings from the 18th and 19th centuries. Although the museum grounds and collections are privately owned, the municipality of Ristiina is responsible for running the museum and keeping it open.

Pien-Toijola offers its visitors a rare opportunity to learn more about a 19th century farm that is more or less completely preserved. The farmyard with its many log buildings has remained to a great extent such as it had evolved by the 1950s. The artefacts on display have been used on the farm.

The farmyard has a main building, a stone barn and seven storehouses between them. The main building was built in 1803 and renovated in 1880. A cattle path, i.e., the old carriage path, is fenced off using traditional Finnish fencing and runs between the main building, barn, stable and firewood shed. The path leads to the smoke sauna and the maid’s building. There are also individual buildings in the undulating fields surrounding the farm.

The farm has been owned by the Toijonen family since 1672 and it has been granted its own family banner. It has also received an honorary plaque from the Foundation for Finnish Peasant Culture.

Nearby the museum are the Astuvansalmi rock paintings, Finland’s most significant pre-historic rock paintings, and Kallioniemi , a villa built by E. N. Setälä, which is now used as a restaurant.

Open hours
Open in the summertime.

Do, Recreation, See Astuvansalmi rock paintings
Do, Eat Kallioniemi Restaurant & Accommodation
‹ › ×
We use cookies to ensure that we give you the best experience on our website. If you continue to use this site we will assume that you are happy with it.Ok